History of the Bryan School

The history of the Bryan School goes back to the opening of The State Normal and Industrial School in 1892, when the Commercial Department was one of three original branches of the University. As the institution grew from the North Carolina College for Women and then the Woman’s College of the University of North Carolina, more business programs were added. As the college became coeducational the name was changed to The University of North Carolina at Greensboro in 1963. Just six years later, in 1969, action was taken to establish the School of Business and Economics. 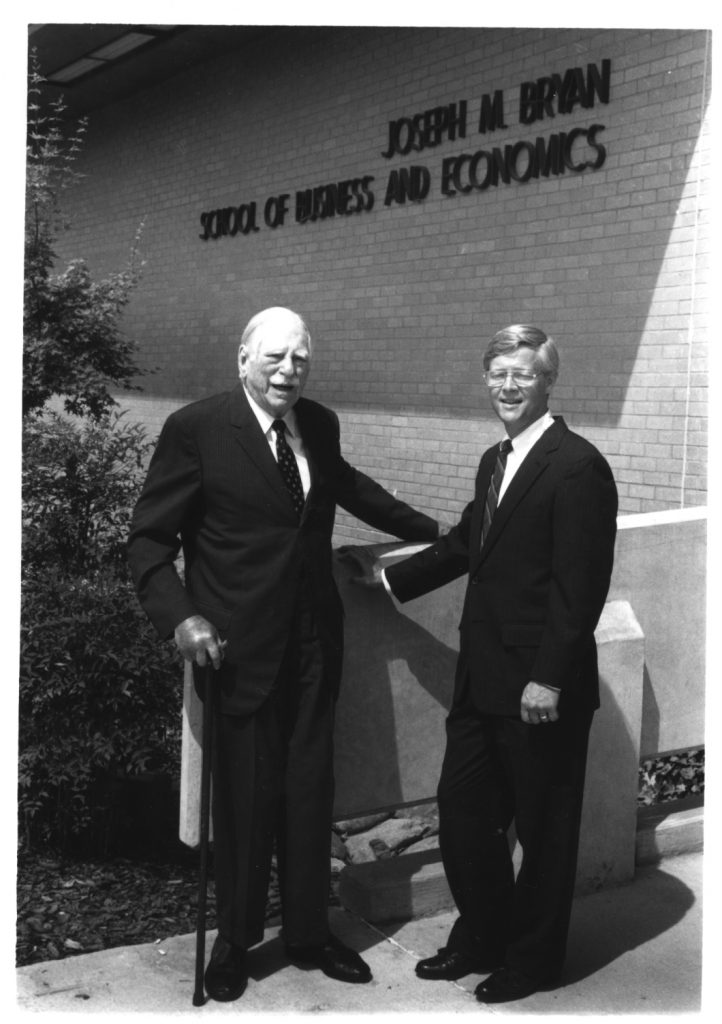