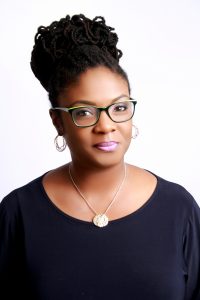 A new position created at UNC Greensboro’s Bryan School of Business and Economics will focus specifically on school climate as it pertains to Equity, Diversity, and Inclusion (EDI). Dr. Channelle James, who currently serves as a lecturer in the Department of Marketing, Entrepreneurship, Hospitality & Tourism, will serve as the School’s first-ever Dean’s Fellow for School Climate.

James has spent her academic career addressing issues surrounding EDI through research and her work in the community and refers to the appointment as “the sides of the universe aligning.” Her focus on systematic hindrances faced by BIPOC small business owners and research on EDI in the world of entrepreneurship are just some of her many EDI efforts since joining the Bryan School in 1996.

“I see EDI as my life’s work,” James said. “Creating justice and opportunity for people not only extends to my presence as a Black woman, but it also extends to me as a North Carolinian.”

According to Bryan School Dean McRae C. Banks, the Bryan School has made great progress in EDI as it relates to students and staff, yet the progress has been slow regarding faculty diversity specifically, and faculty EDI generally. “I felt we needed more focused attention, a key leader and implementer of actions that advance climate and EDI initiatives in the Bryan School,” he said. “Once the concept of a Dean’s Fellow was approved, I immediately reached out to Dr. James. During our discussions I was impressed with Dr. James’s ideas and knowledge of these areas, and I am so pleased she accepted when I offered her to become the School’s first Dean’s Fellow for School Climate.”

Since the appointment became official for the Fall 2022 academic semester, James hasn’t wasted any time. Her plans for improving EDI within the Bryan School include forming an EDI committee and creating a video series called Bryan Impact, designed to educate students, faculty and staff about the diverse cultures found not only in the Bryan School, but in the community and beyond.

James said she plans to work with diverse and minority students throughout the Bryan School to assist with the Bryan Impact series. With the help of Bryan student Anye Tlaczani-Cuatzo, James is currently working on the first Bryan Impact installment that focuses on increasing awareness surrounding Hispanic Heritage Month.

“We have one of the most diverse student bodies in North Carolina right here in the Bryan School, which means we have the ecosystem to really explore the dynamics of EDI here from faculty to students to staff,” James said.

Beyond campus, James said she hopes to expand her EDI endeavors as a Dean’s Fellow for School Climate by potentially partnering with the Greensboro Chamber of Commerce to develop a connection between Bryan students and diverse and minority suppliers in the area. Ultimately, though, James said she sees the implementation of her new position as an opportunity to make an even greater impact on the students and their lives post-graduation.

“My hope is that our students will be able to go to their first job and have an intelligent conversation about EDI issues,” James said. “To give our students the tools to intelligently be a part of conversations like supplier diversity is a game changer — that’s something we can build on in the Bryan School.”